About the Club & History

If you come from Warners Bay
Then sing-a-long with me
We are the Bulldogs
On the road to victory
All for one and one for all
We listen to the call
We’re the greatest team of all.

The name Warners Bay has been around in football parlance since the beginning of the 70s when in 1972 Warners Bay High School won the local Junior (Under 17) Competition, having first fielded a team a season or two before.

The team followed up their premiership win with another one in 1974 and a decision was made to form a senior club filled mainly with Warners Bay High School graduates, both present and past (who came back to the club after stints elsewhere since there was no senior side to progress to once too old for Under 17’s). The Bulldogs fielded a team in the 1976 NAFL reserve grade competition, where they played their matches before the first grade University team. 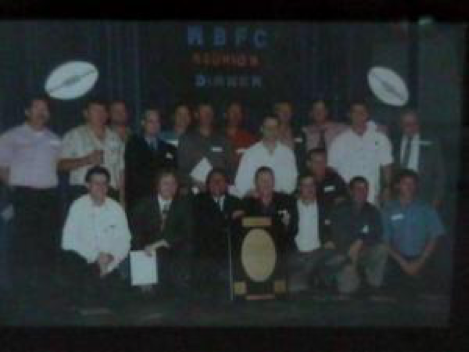 After finishing in fourth place in 1976, Warners Bay were elevated to first grade in 1977 where they fielded First, Reserve and Under 17 Grade Teams.

In their first year in senior football in 1977, they won two matches and drew another leaving them with the wooden spoon. That was the last time the Bulldogs earnt that honour and in fact, until 2000 the side had not missed a final series.

Under the guidance of former Collingwood player, Bill Thripp, The Bay developed into a formidable combination over the next few seasons and with players such as Dave Metcalfe, Russell Macey and Daryl Isaac the side went on to become a real force, in fact a pacesetter winning their first flag in 1984 without defeat.

They lost the grand final to Singleton in 1985 and West Newcastle in 1986 but returned to the winners list in 1988 beating Nelson Bay.

The Club lost to Wallsend in 1989, that club’s centenary but returned with a vengeance and going on to win the next four successive flags.

Wallsend again challenged in 1991 but it was the Bulldogs who prevailed winning the grand final by 10 goals. In 1992 it was a Wallsend V Warners Bay Grand Final again but they capitulated to the Bay who won the match by 14 goals. The next year they defeated West Newcaslte for the flag. In 1994 the Dogs missed the Grand Final but they were back there in 1995 and 1996 but unfortunately were runners up on both occasions. From 1997 to 1999 they made the Finals but never made it to that last Saturday in September.

In 2000 when the Newcastle and Central Coast Leagues combined to form the BDAFL we saw an end of an era as Warners Bay failed to make the finals for the first time since their debut season way back in 1977. A couple of lean seasons followed in 2001 and 2002, but at the same time the junior sides were going extremely well and it was only going to be a matter of time before the seniors were back in the finals. In 2003 not only did the seniors make the BDAFL finals for the first time but the Under 18’s also became the clubs first side to make a Grand Final. Unfortunately they went down on the day to Wyong, but by this stage the club was looking at a bright future again, and continued its strong re-building by making the finals again in 2004 in both Seniors and Under 18’s.

This is just a brief glimpse into Warners Bay History and hopefully a more detailed version will be available soon.

Parts of the above article were taken from the BDAFL Football Record 17 June 2000 edition.

WBAFC fielded 2 x Under 14 sides; the other team was defeated in the Preliminary Final

New playing surface with irrigation and drainage is constructed