Crawley and Gibbs Bring up their Centuries for the Dogs

Congratulations to Benjamin Crawley and Kanye Gibbs on reaching 100 games for the Warners Bay Football Club. The boys were asked to write a short article on each other to gain an insight into the duo’s lives, here’s what they came up with!

The Boy from the Outback – By Kayne Gibbs

Ben Crawley was born in Alice Springs and moved to Newcastle at a young age. With his father’s family from Victoria, he grew up watching AFL but never played until he pulled on a jumper and had a few games in year 12 for his high school. He then joined the club the following year in 2010 as he had known Jake Roach since primary school. The 26 year old has finally reached the 100 game achievement after 8 years with the club.

Crawley being the Collingwood supporter he is, has tried to base his game around his favourite player Scott Pendlebury, although come game day, he is usually stuck in the ruck. When not at training or playing footy for the doggies, Crawley is working his day job as a water engineer. With his free time he likes to beat fellow Warners Bay players Scot Ducker in tennis and Scott Bartlem at trivia.

Crawley enjoys spending time with his team mates as much as possible. When asked about the players around the Kennel, Crawley named Rick Robertson as the best bloke at the club to have a beer with and Cougar (Dave McGuinness) being named funniest player.

When asked about his favourite footy moments over the years, he stated “an opposition player was running around being a bit of thug one day, 5 minutes later Todd Krause had him curled up in a ball crying on the ground, it was pretty funny” and “An end of season trip in 2016 to Bali and Thailand with a couple of the boys was pretty special, we had a great time”.

An embarrassing football moment in the career of Crawley takes us back to 2013 when it is alleged he cried after a small injury, although Ben refuses against it we all believe this is true.

After a solid year in the ruck in 2017, Crawley starts this year lining up at CHB and looks to top off the century of games with a great start to the year and a first win for the season. 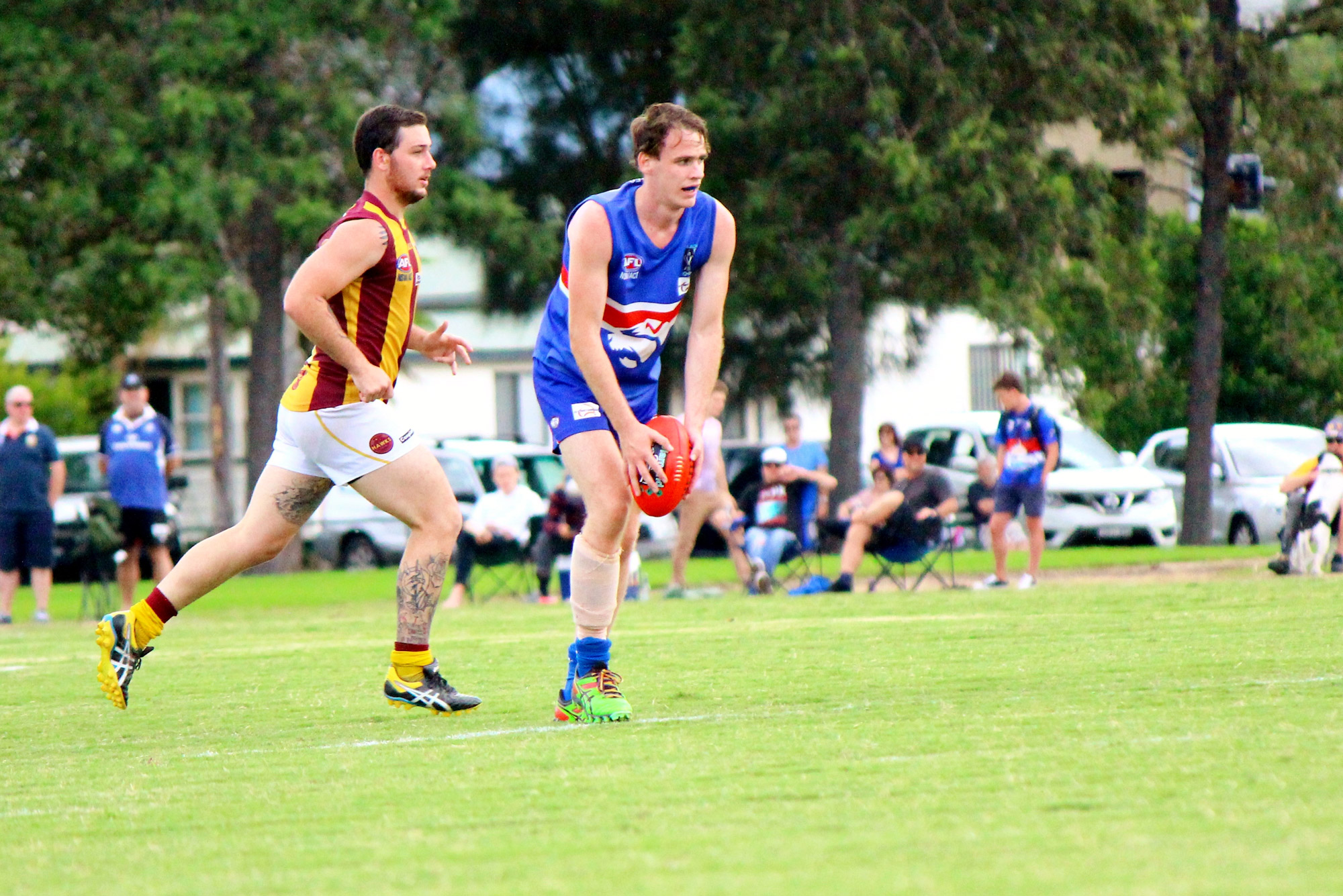 Kayne “Kanye” Gibbs, is the powerhouse key forward for the Warners Bay Football Club. 2017 saw him take out the club’s leading goal kicker award and run second in the league after only playing 8 games up forward, something we are reminded of every session. He also now holds the club record of 2 Warren Awards; the award given to the Bulldog player for the most embarrassing moment of the year.

The 21 year old was born and bred in Newcastle and currently is employed as a disability worker. In his spare time he loves watching his idol Jeremy Cameron kick bags for the GWS Giants. He is also a keen advocate of getting back to the sponsor pub with the boys.

Having not won a premiership, his best footy achievement is making the 2017 BDAFL team of the year and finishing leading goal kicker of the club and 2nd in the league. Gibbs credits this success to Warners Bay Captain Jake Roach and the mantra he has instilled in the playing group. “Roachy shared his footy philosophy with us last year that training more enables you kick the ball further” Gibbs explained. “Ablett, Carey or Matthews probably don’t have that level of wisdom” Gibbs stated.

Although Gibbs saw a lot of great on field achievements in 2017, an incident occurred last year that can only be explained as his most stupid moment! “Last year I dislocated my finger in a match against Newcastle City. I got the water runner, Daniel Gray, to put it back in. Daniel ended up breaking my hand in the process. In hindsight I probably should have had a medical expert tend to it, not a car mechanic”.

Within the club, Gibbs sees Lachlan Deverell, the Warners Bay Fines Master, as the most annoying team mate. “He loves rattling that fines tin and taking coin off players, the coin collected never surfaces for silly Sunday though”, Gibbs Stated. On a lighter note, Gibbs finds the silent assassin Josh Nicol as the funniest team mate and Nick Turner as all round best bloke at the club. 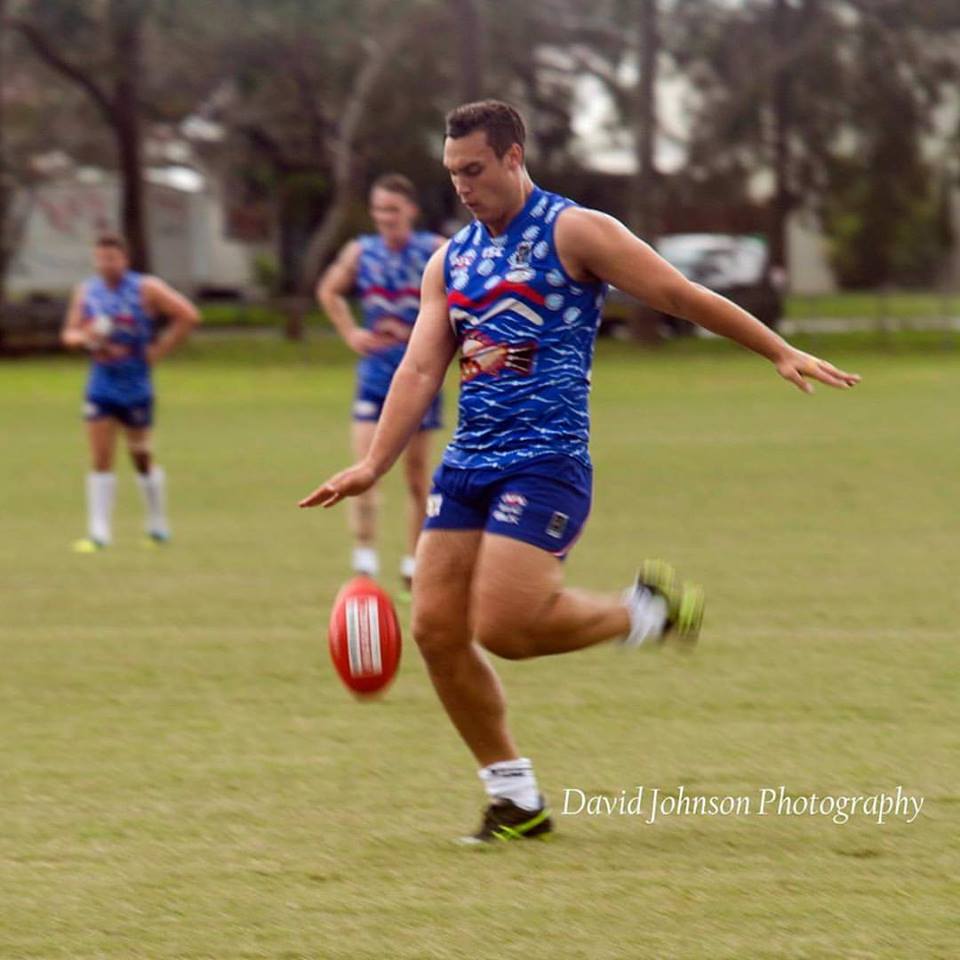 In all seriousness we wish Kane and Ben the best of luck for his 100th game and the season ahead.

Watch this space for more player profile articles around their milestones.