Katie Johnston has made quite the impression in her first season of AFL, showing determination, skill and athleticism each and every week. She naturally runs rings around her opponents and has become a key defender for Warners Bay.

Johnno was born in Taree and grew up in the Forster area. She was active whilst growing up, spending most her time playing netball, riding horses, surfing or helping her Dad mow the acres on their property. Although Tuncurry might have more to offer than just yard work, Katie moved toward Newcastle to begin her studies in commerce at Newcastle University. Nowadays, Katie works as a chartered accountant having also done work in New York for 6 months. Admittedly, Johnno is actually pretty funny for an accountant, with senior members of the Warners Bay women’s team pointing out her “wicked sense of humour”. Johnno exercised her talents in the Hunter Academy Netball program for a while and has always played representative netball. Work and study made it difficult for Johnno to hit the big time in netball, so she started picking up some other sports like oztag, touch footy and basketball. 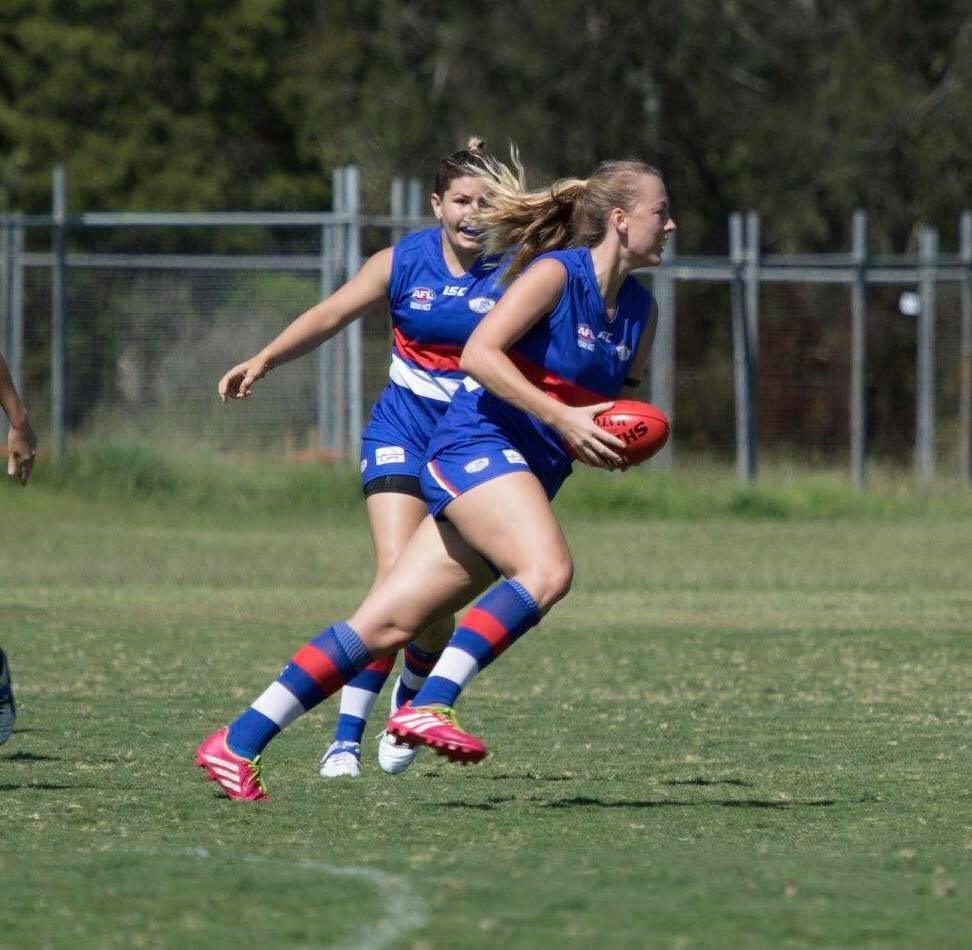 AFL was something that Katie had been wanting to have a crack at to add to her list of sporting achievements. She had heard from people who converted from netball that they loved it. Unfortunately for Johnno, she is mates with Warners Bay defender Steph “Stiff” Russel, who fortunately invited her down to training one afternoon and loved it from then on.

Johnno has undeniably taken to the sport since that first training session, improving every week. As noted from team mates “her timing is superb and skills from netball have translated across seamlessly”. She is also known as a great team player and already become one of the strongest players on the team. Johnno didn’t provide a most embarrassing sporting moment for this profile, which isn’t surprising given how well she plays each week. Although on occasion (once) she has been known to give away a free kick for taking too many steps with the ball after a fellow teammate put pressure on her to play on the mark. In Katie’s defence, it was only 7 or 8 steps too many.

Katie grew up supporting the Swannies and Essendon and went down to watch them play every year. When the two teams played one another, she would wear an Essendon beanie and a Swans scarf. Less choices make an easier life, right? Although now she is more of a Sydney supporter.

Katie has quickly become an asset to the Warners Bay football team. In only a few matches she has shown excellent skill, athleticism and all-round team spirit. It will be exciting to see how she improves as she becomes more familiar with the game. We wish Johnno all the luck for the rest of the season and are stoked to have her in the Warners Bay family (even if she didn’t come to the pub on my birthday).