Amy “Pitto” Pittman will lead the Newcastle Representative team onto the field with fellow co-captain Kate Handley this Saturday as the women’s top Hunter players clash at Medowie. By her side will be Bulldogs team-mates Samantha Lawrence, Sammy Delaney, Di Crep and Kate Booth.

Pitto has been a stand out player for Warners Bay in her first year with the Doggies. Her commitment both on and off-field is admirable and has made her an immediate legend at the club.

Pittman, locally born in Belmont Hospital, grew up playing nearly every sport. Her first team sport being netball, followed by soccer, with her main sport being touch football for twelve years with the Wallsend Wolves. Amy is no stranger to representative sport, playing state softball and touch footy as young as primary school.

Amy had a crack at AFL when she decided to start a new team sport. Almost unbelievably with her talent and knack for the sport, Pitto played her first match last year, starting with the Women’s New England Nomads team. During one of her darker periods, Pittman turned up to a Newcastle City training session before making the greatest decision of her life to date and joining her pals Trent and Britto at Warners Bay to represent the good ol’ red, white and blue. She also followed Britto and Trent into following the Melbourne Demons as of this year, and doesn’t overly follow other sports.

A standout moment for Amy in her footy career, was making the headline in the Star newspaper, where she landed a hat-trick in an incredible performance. A lower moment for the club involved a wardrobe mishap, but thankfully a reliable Sass-dog was there to help a mate out.

Pittman says she is excited about making the rep team with her fellow team mates, “So Stoked to have four other Doggies girls in there with me. It’s been a great experience to learn about footy”. Although Pitto didn’t expect to land the captaincy, she is stoked that she did.

Amy Pittman has undeniably been a key player in Warners Bay’s strive to finals this year. Pittman is a team-player and consistently strong midfield. We wish Amy Pittman all the best for the remainder of her season, and in leading Newcastle’s best this weekend. The Warners Bay Bulldogs are incredibly proud to have a legend like Pitto representing them this weekend. 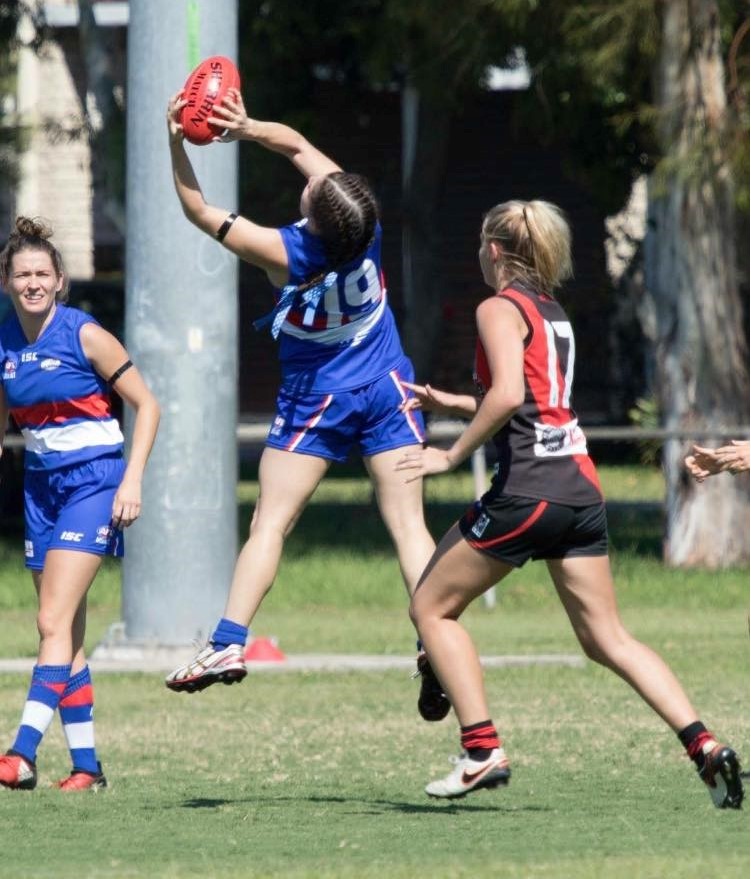