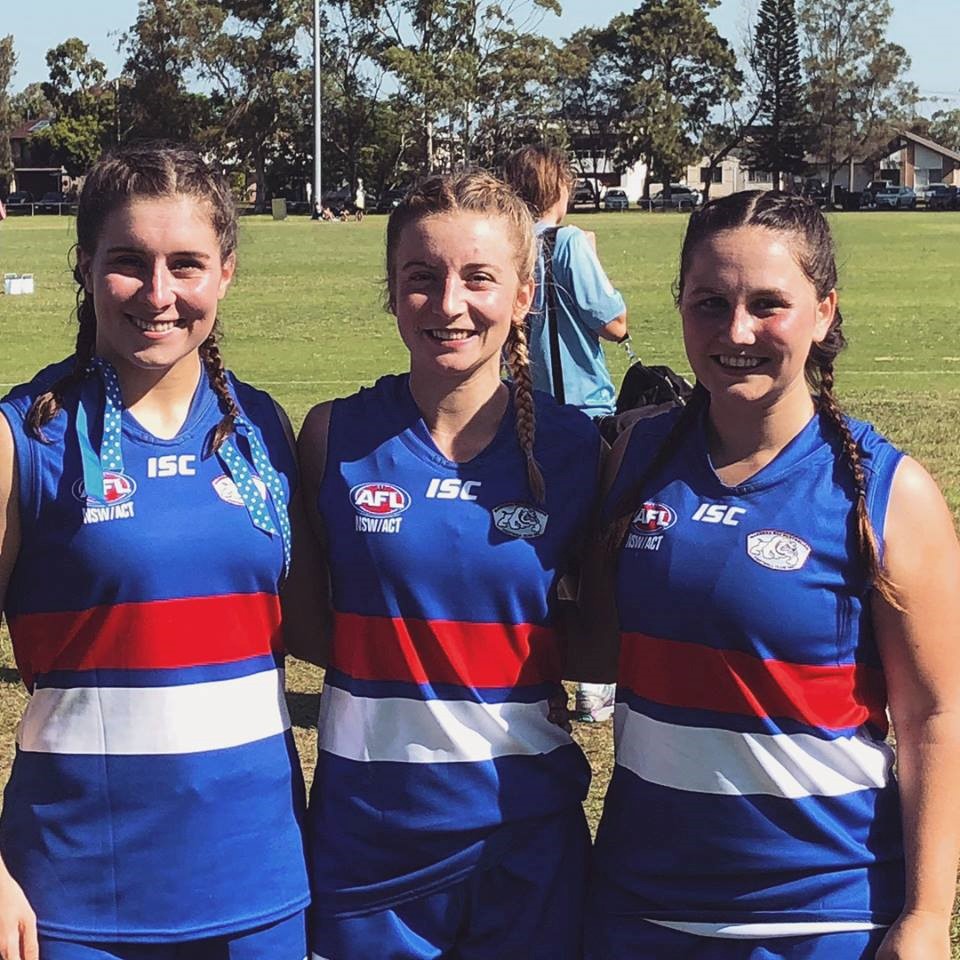 Sammy “Pocket-Rocket” Delaney: New addition to Doggies takes to footy like a duck to water

The Player Profile this week is on Bulldogs Womens newcomer, Sam Delaney. Sam made her mark in the opening round of the 2018 season in a standout performance against Killarney Vale. Sammy’s speed, disposals and attack of the ball had her making significant impact on the game in her first round of footy. Since then, Sam has shown consistent form carrying through her next two rounds, being a key player on the field.

Although this is her first year of Aussie Rules, the twenty-three year old has been playing sport since she was six. Sam has played Basketball, Netball, Touch Footy and Oztag, before having a crack at the great game of AFL. The talent evidently runs in the family, with her Dad and Grandpa having previously played.

With the family history sparking an interest in AFL, Sam was looking to get back into a team sport, tossing up between League Tag and Aussie Rules. Thankfully, her good mate Clairey Ellis convinced her to come down to training. Sammy immediately took to the club and the sport, “..twenty minutes into the session, and I was keen to play AFL.”. In addition to being a legend on the footy field of the weekend, Delaney manages to work two part-time jobs whilst studying to become a teacher.

Although Sammy is known within the club as a little pocket rocket who has taken to footy like a duck to water, she has had her moments too. Her most embarrassing sporting story (beside being mates with the Sass-Dog herself), was the one time that she hurt her knee playing basketball. Being a trooper, she convinced herself and those around her that she right to play, however moments later she “took one step on my bad knee and tumbled down the grandstand in front of everyone”.

The club is hoping that these injuries aren’t consistent in Delaney’s form after she took a heavy blow to the ankle in her second round against Singleton. Although she didn’t take a spill down the grand stand, she did manage to return to the field for a while before deciding to rest up to come back in solid form for round three. It hasn’t always been bad for Sammy in the sporting arena. She’s had the opportunity to be involved when her school represented Australia at the International Children’s Games for Basketball, being a top sporting moment for the young gun.

Delaney has certainly impressed spectators and team mates having only played three games of football. Sammy is consistent in her efforts in training and club social events, even turning up to the sponsor’s pub after work, but sadly missing her free beer. No doubt there will be plenty more where that came from. Sammy is a key player consistent with the many new players in the club for 2018. We welcome Sam to the club, and wish her all the best for the season.