After a long off season, the 2018 Black Diamond AFL competition gets underway this Saturday, 7th of April, with all three grades at home against Killarney Vale. A great contest is expected in Premier Grade with both clubs competing for the McKeown/Granland President’s Trophy, named after the two club’s founding presidents. After a solid pre-season, all three grades are raring to go and are looking forward to the challenge of the first game and the season ahead.

On Round 1, the Warners Bay AFL community will also be remembering and celebrating the life & times of one of our loyal longstanding supporter, Kevin Roach Senior, a Life member of the club who passed away last September at the age of 85.

The Roach family arrived in Warners Bay in the mid – seventies from Melbourne, and settled into their Bayview St home which was famous for many a celebration, including the annual vote count day.  It was always an open house to any player passing by and they never walked out hungry or thirsty. Holding multiple positions in the club over the years alongside club founder & close friend John McKeown, Kevin Roach Snr helped forge the club into what is today.  Kev’s two Grandsons, Jake and Luke Roach are permanent fixtures in the premier league side and his son, Kevin, has filled numerous roles for the club over the years.

Family, past players, friends & fellow supporters will gather from midday in the marquee to pay their respects and share a few yarns. It is then planned to congregate in the middle of the oval at 1.45pm before the Premier Division game kicks off.

We will also be hosting our 2nd Family Fun Day. There will be the following activities and features on the day for the kids and parents to enjoy:

Reserve grade kicks off at 10am, Women’s grade at 12pm and Premiers at 2:15pm. All supporters are welcome and encouraged to come back to the Warners Bay Hotel for post match awards and a few beers. 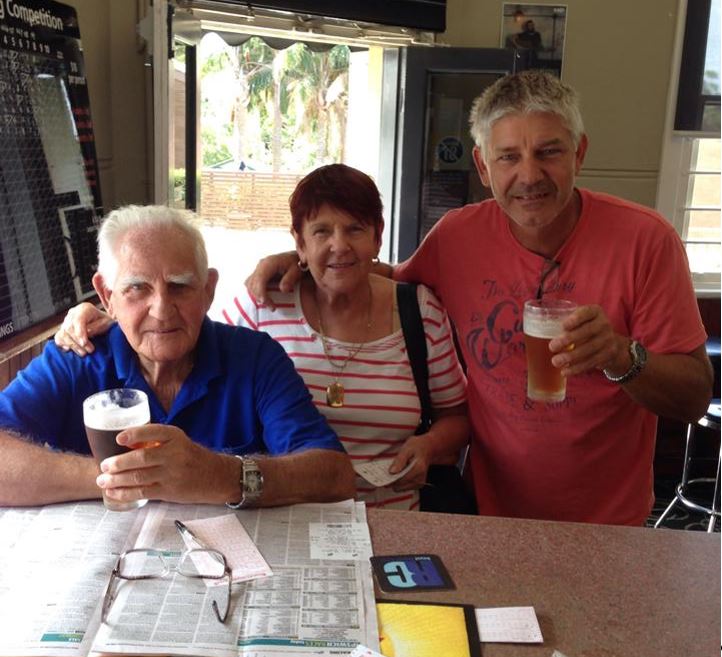 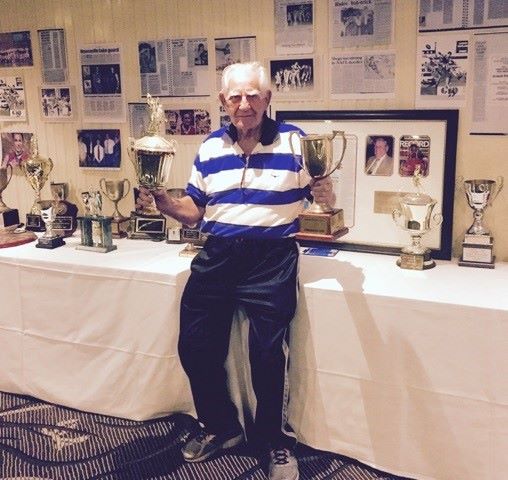 Kev Roach Senior with the Silverware!