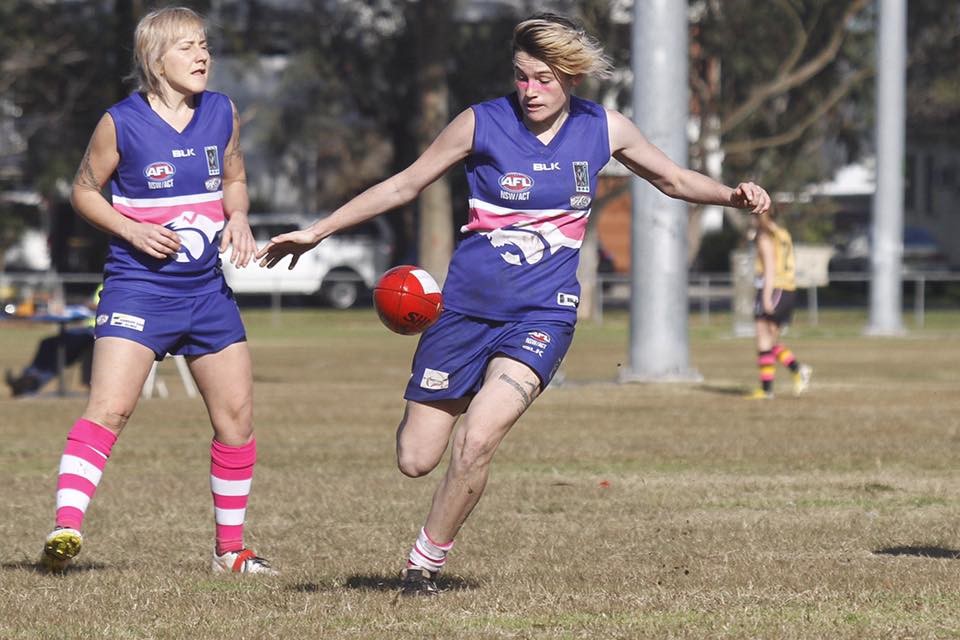 Our Warners Bay Womens side showed that they have every intention of making the Top 7 in 2018 with an absolutely superb performance against the previously undefeated Newcastle City Stars at Tulkaba Park in Teralba.

The Doggies produced a wonderful second half, keeping the Stars to 1.2 in that period to produce a big upset, eventually running out deserved 12-point victors, 6.9.45 to the Stars 5.3.33.

Like our Cup and Plate sides, the key to this victory in by far the best game of the Annual Womens Round was rebound across half-back. Hannah Gow and Kate Booth were fearless and repelled so many Stars attacking raids. Gow was great all day and Booth’s run and desperation in the second half was simply inspirational.

Coach Tracy Baker will be very pleased with the fitness and run of her players, as they overwhelmed the Stars in the last quarter, led by pocket rockets Amy Pittman and a courageous Samantha Lawrence, who battled illness all day.

Di Crep, who picked up a shoulder injury early on, went forward in the last quarter, somehow managing a contested pack mark and then JUST kicking the match-winner from 12 metres out. Molley-Ann Croak, forced onto the ball with Di basically playing with one arm, held her own in the last quarter against former League Best & Fairest ruck Kirsty Ferguson, learning the tricks of the trade very quickly in getting quality ball to Pittman and Lawrence.

This was a simply outstanding performance by our Bulldogs. Make no mistake, they did us all very proud. It is quite rare to knock off an undefeated side in mid-July, let alone the very talented Stars outfit. When the final siren sounded, there was genuine excitement amongst the players and supporters. Coach Chucky Baker’s post-match speech was inspiring and colourful; this victory has created real belief and confidence, you could feel it at game’s end.

Many thanks to the deadly trio of Daniel Gray, Nic Turner and Luke McKenna for their wonderful efforts as our match-day support staff.